So we are slowly telling friends and family about our soon-to-be delivered package.

Why not shout it from the rooftops? Hmmm. Dunno. We definitely are quite excited and look forward to parenthood. So why not tell everyone we know?

I guess one reason is to surprise folks with the news. Let them discover it themselves.

I sent my friend David a link to this blog with the ultrasound photo. It sat in his email inbox for a couple of days. At my prodding he finally visited and learned our secret.

So then I asked him to post a poll on his blog (alltheseworlds.hatbag.net) asking what name we should give our baby. The choices were, of course, Apple, Newton, Lisa, Steve and Steve. Several of my college-days friends frequent his blog and I figured it would take only a few hours for the word to spread.

A few hours later, several people had voted. Not one questioned the reason for the poll. And at least three of the blogs' regular posters were at one time journalists. Amazing.

But they did finally figure it out and congratulated us.

Maggie and Baker have been planning a wine and cheese party for months. It was Saturday night. I had to work, but Christina showed up with some nice parmesan and a vintage bottle of sparkling grape juice. And that's when Maggie and Baker found out. Well, found out for sure. They say they've been suspicious for a while. Several other friends got confirmation that night too.

So I guess the only folks left to tell are friend and co-workers and Joey. I sent Joey a link to this blog a week ago. But he's somewhat of an email newbie. Guess I'll have to call.

Back a few weeks ago I revived my blogging after a year's absence. At that time I promised to have news to share. Well, I indeed have news. 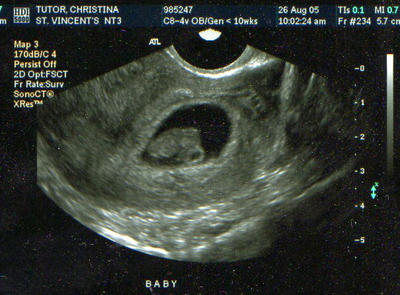 This is my first effort at panorama photography. I think I still have some to learn about perspective.

What it shows is my office from my Comfortmatic Office Chair©. My wife normally sits behind me and Echeevo on the other side. Dunno where they were at the time photos were taken.

If anyone has tips on how to improve this, I'd appreciate them.

I am a lover of retro design. Whether it be the real thing (my unnatural love for the 1956 Chevy Nomad) or for new-retro design (like my 2002 PT Cruiser) chrome-laden aerodynamic rocket-age inspired products from our past are just cool.
My dad has owned a 50s era General Motors refrigerator for years. It resides in the garage and holds drinks of all sorts (including my beer when I visit) and has run flawlessly since its resurrection about 12 years ago. I have to admit coveting that fridge from time to time.
If I had the room for another chiller, I might just write him check for it. But I imagine it's not all that efficient or environmentally friendly (much like automobiles of the same age).
So maybe this is for me.
For $3,000 I can have the retro-designed fridge I covet with the modern guts my practical side needs. It's available from Big Chill in 10 colors including Pink Lemonade, Orange (yes, just orange) and Beach Blue. My favs are Black and Cherry Red. 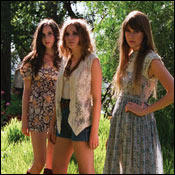 An earlier post mentioned my mining of several new songs from Filter Magazine. I promised more on that topic, so here goes.
One of the songs offered for download there is "What I Say and What I Mean" by The Like. The first time I heard the song offered at Filter I instantly though of Berlin's, "The Metro." All minor chords and female vocals.
Give it a listen, see what you think. If you like The Like, they are scheduled to play B&A Warehouse in Bham Oct. 13. It's a Thursday night, so I just might be able to go.

de Cheevo tonight asked me to re-burn a CD for her. I mixed up a batch of our favorite odd songs and gave it to her a couple of weeks ago. Apparently she liked it and after losing it wants a replacement. I have a feeling it's for a particular Bright Eyes song, though. And I can't blame her, really. It's a wittily written anti-Bush song that I too call a favorite.

We got it free from iTunes (go Steve!), and so can you. It's still a freebie. Just follow this link: http://tinyurl.com/7tawo

I got the blues

Mississippi bluesman R.L. Burnside died yesterday, Sept. 1. He was 78. I am ashamed to say I know little about him other than his music was the basic, primal voice of a poor, rural Mississippi that captured the ears of many in the last few years, including mine.

I urge you to check out www.fatpossum.com for his music. That label is out of Oxford, Miss. and is doing its best to round up the last of the Mississippi bluesmen for posterity. They caught R.L. just in time and have several of his albums, including, "Ass Pocket of Whiskey." Also, iTunes has 150 of his songs for sale, just do a search for Burnside.

Our iPod is full of his music, including titles like, "My Name is Robert Too" featuring Kid Rock, "Shake 'em On Down" and one of my favorites, "Stole My Check" where he repeats the line, "That lazy motherfucker stole my check. And I want it back."

One of R.L.'s albums was called, "Wish I Was in Heaven Sitting Down." I hope you made it R.L.

Just a quickie. I "discovered" this huge cache of free, uncommercialized music for download.

I grabbed about 85 songs off it and most are quite good.

I'll go into depth later about some of my favorites, but check it out for yourself first. I gotta get some sleep before 7 a.m. rolls around.