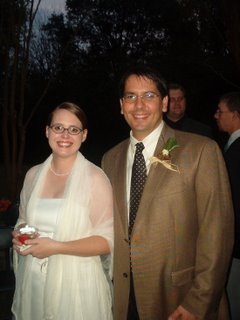 On this day two years ago, Christina and I were married.

It honestly does not seem that long ago. We've bought a house, had a child, been to Italy and, in general, had a great time.

I hope the next two years are just as much fun and filled with just as many adventures.

Will crawls. No, really! Will, Christina, Joey Rodgers and I had a picnic at the Birmingham Botanical Gardens, Sunday. We let Will loose on the Gardens' wide open spaces.

New and, well, not so much improved

Yep, new look. More by accident than by design. I'll tweak the colors soon and improve the look. But for now, it's at least working.

In happier news (unless you're a member of the North Korean military), William Gibson says he has a new book about to be published. All I know so far is that it's called "Spook Country." It's been way too long since "Pattern Recognition" and I can't wait.

My new novel is being published as The Very Latest, The Most Recent And Terrible News. On the multiverse fork immediately adjacent , though, it's titled The Mongolian Death Worm. Utterly different works, of course, in spite their texts being exactly identical in every regard. For you, though, it's Spook Country.

Happiness to our military

In 2002, President Bush laid out our strategy against the "war on terror" in his State of the Union Adress. In it he named three countries, Iran, Iraq and North Korea, to his "Axis of Evil." The president said, "The United States of America will not permit the world's most dangerous regimes to threaten us with the world's most destructive weapons."

Back in February of 2003, North Korea said it had the right to preemptively attack the United States if it felt threatened.

Monday morning, North Korea woke up, had some oatmeal, took a shower, fed the cat and then tested its first nuclear weapon.

''The nuclear test is a historic event that brought happiness to our military and people,'' Korean Central News Agency said.

And don't we all want the North Korean military and people to be happy?

So, Mr. Bush. When you're done cleaning up that little Iraq spill on aisle 4, you wanna just go ahead and work on that nasty nuclear vomit in the North Korean restroom? OK?

Stay tuned. It's about to get really, really interesting. 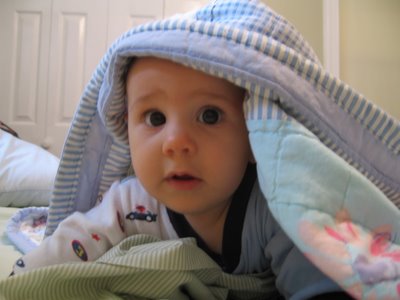 We did it! Christina and I have officially gotten through six months of parenting! Woo Hoo!

And Will seems healthier, stronger, smarter and cuter than ever before. What better way to celebrate than with a flurry of photos? 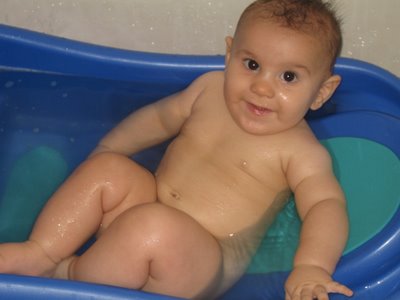 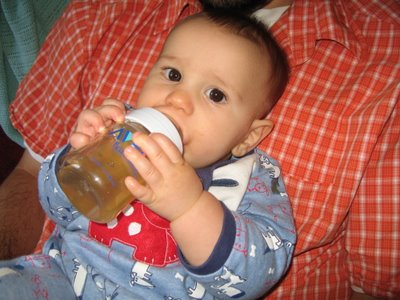 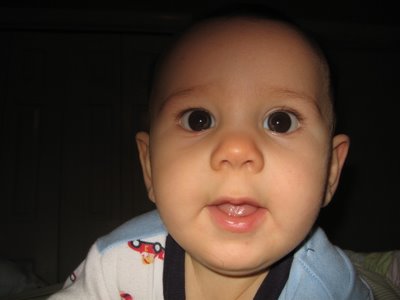 My parents came to Birmingham last weekend to keep Will while we went to Atlanta. It was our first night away from the baby in six months. Knowing he was in very good, experienced hands made leaving him much easier than I expected.

We went to Atlanta to drive cars fast, see our friends Vivi and Allen, visit the Georgia Aquarium and, of course, visit Ikea.

So, using the video and photos I shot on the trip I put together this short (1 minute, 43 seconds) video. Enjoy.